Send A Review
Chuck was a great help in allowing us to sell our home and property. As a long time resident of Petersham, and totally involved in many issues of the area, he has a unique insight into the area. He is willing to advise and work with the seller. In a buyer’s market, Chuck was willing to accept the seller’s recommended listing price which was somewhat higher than his market analysis suggested and was willing to work with the sellers toward accommodating a sales price. With the home and property on the market for a little over a year, in the long run, Chuck’s market analysis was much more realistic and should have been accepted by the sellers from the onset. He works with the sellers following the home inspection and expertly coordinates the small fixes that often must be accomplished allowing the buyer to move forward with a sales proposal. We were quite surprised at his sales commission rate which was in the initial agreement, much lower than expected and what is typically charged by other agents (especially from other states). We would highly recommend Chuck Berube as your home sales agent.

- John Magnino
"From the very beginning when we contacted Chuck Berube, he conducted himself in a warm but professional manner. He listened carefully to our needs and gave us excellent advice and a plan to market our home. In the course of selling we called him many times, and he always answered directly in person. When questions came up he was right there to explain in as much detail as we needed at the time. When an inspector, contractor or estimator was needed, he came up with a list of competent professionals, and he usually accompanied them to ensure that the process was successfully accomplished. Although he appeared to have a full schedule, we always felt that our sale was his top priority, and that we had his full attention. Overall, we found that he was completely trustworthy and supremely competent in all our dealings with him."- Karl & Elizabeth Sladek
"I recently had the pleasure of doing business with Chuck Berube and am happy to recommend him without reservation. Chuck made the sale of my home, of 27 years, a quick and smooth process."

"Chuck Berube was a pleasure to work with - He brought us an offer within 48 hours of listing the house! He went above and beyond what we expected a listing agent to do, and we highly recommend him!"

"I just want to express my gratitude and satisfaction with Chuck. Not only was I new to the state, this was my first house purchase of my life. I had no friends or family. I was lost and confused on the whole process and didn't know which way to turn. It was only by coincidence that I found a listing and went to look at the house. There, I met Chuck. His sincerity and compassion is what drew me in. He immediately started to help me with the whole process, explained every, little thing I had questions on, and personally went out of his way on so many occasions just to make sure the deal went through. It was like I got counseled by a close family member. Chuck goes above and beyond the call of duty to make sure everything you want (or have concerns about) are met and acknowledged. I would recommend him to everyone that asks. He is a true gem and made what could have been a very rough, confusing ordeal into one of the best moments of my life."

"His expertise shines in his mini home inspections during the showings he points out the good but also shows the bad from cracked foundation to a pin hole in the wall his construction experiences shows. his responsiveness was everyday and always showed respect for what we wanted in a property. i would highly recommend him to anyone buying a home in worcester county." 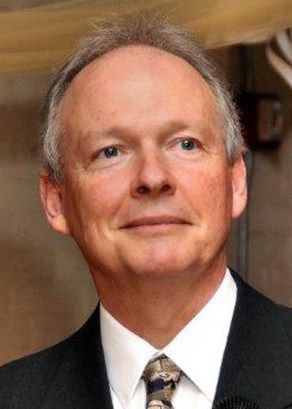